In my last blog post, I talked about our 2.0 release and support for Droplet Seamless Apps, and the story is similar on Chromebook/Linux. We now have a brand-new way of presenting applications to the end-user that we call "Droplet Chelle". Now I will fess up that the naming is a total vanity project on my behalf (Michelle/Chelle, geddit?) as well as a pun on the commonly used term of "shell" to describe any operating environment that provides an interface to the user.

All this running under Google's ChromeOS Project Crostini. In case you don't know that's Google's code name to allow Linux apps to run natively on Chromebooks, and thus extend the useability and usefulness of the ChromeOS - known as Linux (Beta) on the Chromebook. So essentially, we are running a modified and tuned version of our Linux-based product under ChromeOS. Of course, you do need a good Chromebook to run this stuff – so Intel Celeron with 2-4GB of RAM won't cut the mustard. Fortunately, there are a whole raft of modern Chromebook's out there that easily rival a Windows PC or Apple Mac for durability and performance. My personal favorite is the ASUS C436 Flip 14in i5 8GB 256GB 2-in-1 Chromebook which was doing the rounds last year at the £799 price mark.

So below I have the latest version of Microsoft Office 365 running natively on the Chromebook. I’m actually running Neverware CloudReady (a commercially and community-based open-source version of ChromeOS) who was recently acquired by Google. CloudReady is a great way to repurpose Windows PCs and turn them into ChromeOS devices. 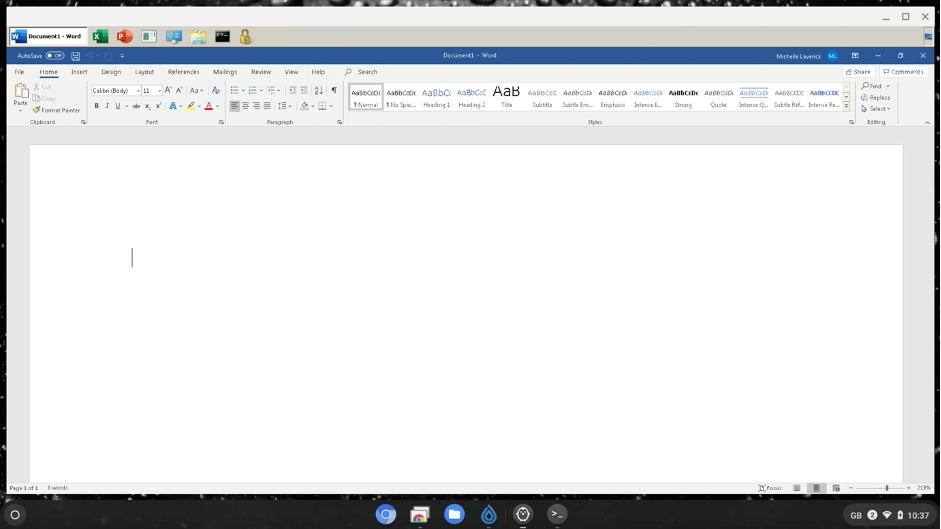 In the next example, I switched containers to show legacy applications. The Droplet Chelle allows direct access to the Google Drive and Local Storage of the container which allows users to store the files in da cloud or locally without needing to set up or install Google Drive in the container itself. 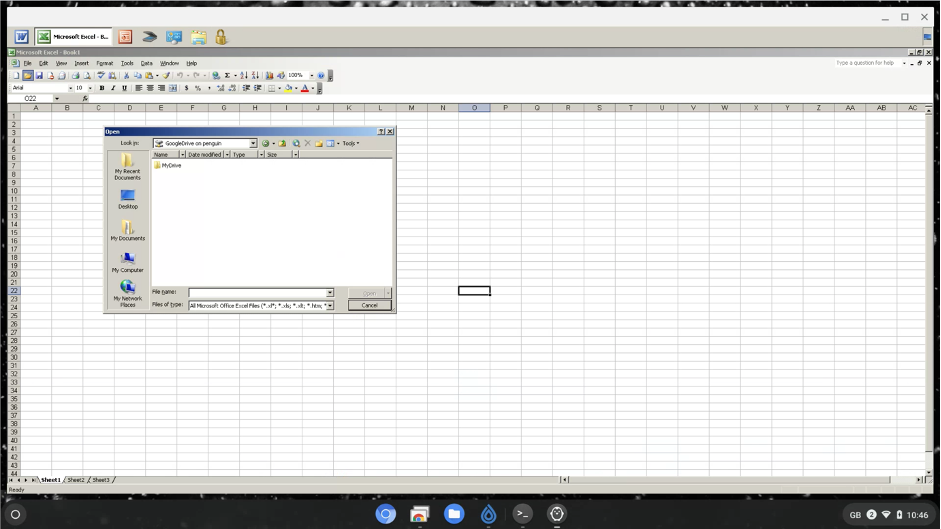