As a level set, you should know we support many hardware acceleration types for the container. For Windows 10 (1909 or later) Microsoft WHPX API, whereas on the Apple Mac their native HVF acceleration. On Linux and Chromebook, we support KVM extensions. One of our more recent advancements is the ability to enable our hardware acceleration within the context of on-premises virtual desktops. Up until this point, we had to turn off our hardware acceleration feature as it was incompatible with the combination of virtualization and Windows 10 running inside of the guest OS. Using WHPX is compatible with security features dependent on Intel-VT such as Device Guard and Microsoft virtualization-based Security so long as Windows 10 is using version 1909 or higher.

Interestingly, we discovered in our labs that our legacy 64-bit container doesn’t benefit a huge amount from hardware acceleration – I think this is to do with having a 64-bit container, on a 64-bit OS together in the case with a 64-bit hypervisor. This is especially true of our more popular container type which our customers use to run legacy applications.

So hardware acceleration inside a VM. What the prereqs or "ducks in a row". Firstly, the version of vSphere is unimportant – this works on 6.x and 7.x without an issue. What really matters is the "version" of Windows 10. There's a known Microsoft bug with version 1809 – basically, a combo of Device Guard/Microsoft virtualization-based Security and WPHX creates a conflict. These internal Windows components are incompatible with each other. If your on version 1909 or higher this Microsoft issue has been resolved. If you unsure of Windows 10 version use the “System” option on the right-click of the Start Menu: 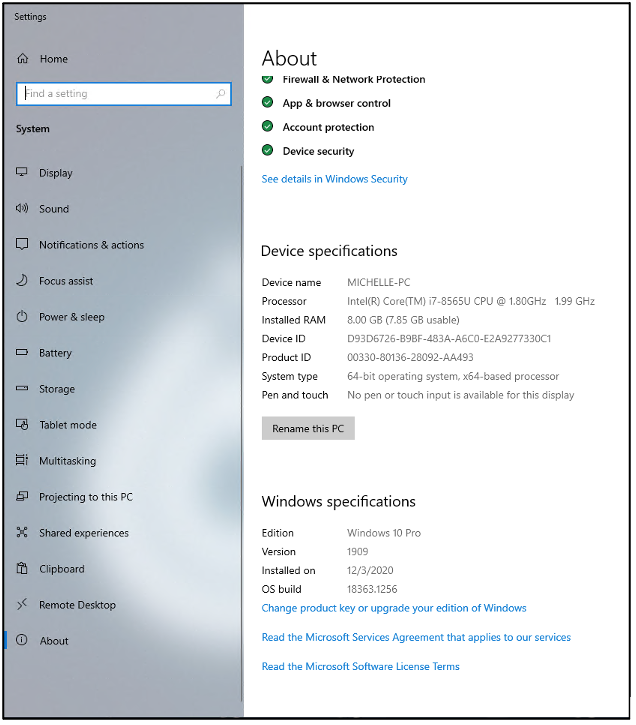 Enabling hardware acceleration on the vSphere VM means changing a setting on the properties of the VM.

Once Microsoft WPHX has been enabled and our software installed the container picks up on the hardware acceleration: 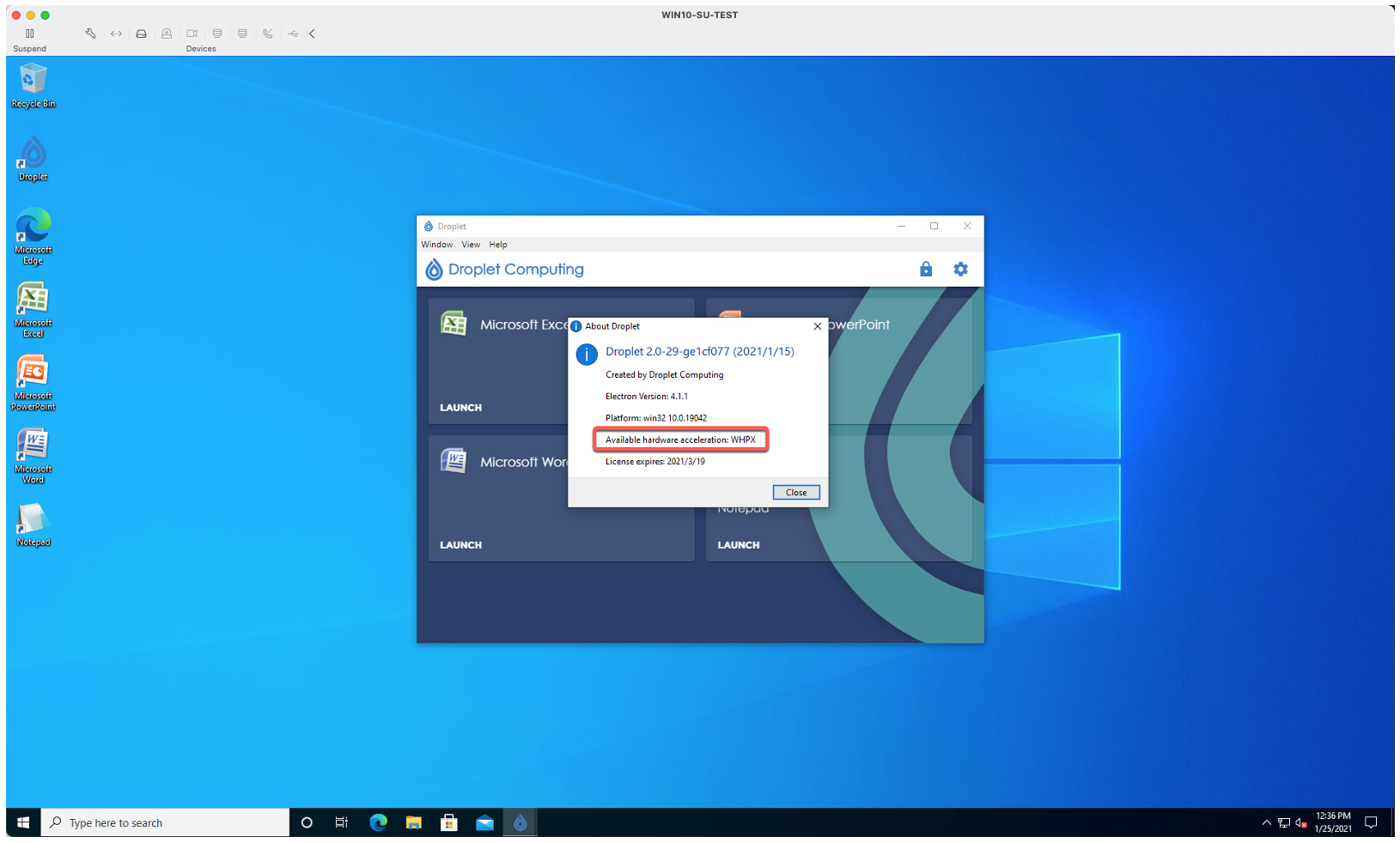